If you have moved your antenna from another area, a new TV channel has commenced broadcasting or an existing channel has changed, then you may need to modify your antenna system. You may or may not know, you’re required to retune your channels in March, 2014.

Choosing the correct outdoor antenna depends on the channels available in your area. ABC TV operates on either Very High Frequency (VHF) or Ultra High Frequency (UHF) bands. VHF channels range from 0 to 12 and UHF channels are numbered 28 to 69. Accent antennas can help you to  install and  will be able to recommend the best antenna for your area.

Signal strength is another factor in choosing the optimum antenna for your area – viewers close to an ABC TV station or transmitter will require a different system than those living on the edges of the transmitters broadcast area.

Indigenous Australians lived in this area for thousands of years. In 1770, the land along the Cooks River was explored by officers from the HMS Bark Endeavour. 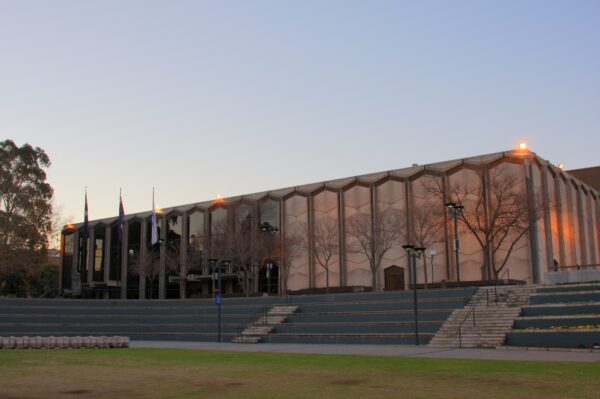 In 1793, the area’s first land grant was made to the Chaplain of the First Fleet, the Rev. Richard Johnson. He gave the 100 acre (0.4 km²) grant, located one mile (1.6 km) north of the river, the name Canterbury Vale. The grant was passed onto William Cox, who sold the land for 525 pounds to Robert Campbell in May 1803, after going bankrupt. By 1834 the Campbell Estate grew to 1,242 acres (5 km²). In 1865, daughter Sarah Jeffrey subdivided the land into allotments, each containing several acres. The first major industry was established in 1841 with the building of the Australian Sugar Company’s sugar mill by the Cooks River to produce molasses and spirits. Other industries and trades such as boiling down works and tanneries later developed along the river. The Methodists built the first church in the suburb, with services beginning in 1841. The railway line was completed in 1895, encouraging suburban development and leading to the area becoming heavily populated. This was too late for the Sugar Mill, which ceased production in September 1854, but was favourable for horse racing, which informally began in 1871.
After much petitioning of the State Government by local residents, the Municipality of Canterbury was proclaimed on 17 March 1879. A Town Hall was opened in 1889, but eventually Campsie became a more important centre and the city administration was moved from Canterbury in 1962.

Localities in the City of Canterbury are:
Harcourt
McCallums Hill

Bankstown is a suburb of south-western Sydney, in the state of New South Wales, Australia. Bankstown is located 20 kilometres south-west of the Sydney central business district and is the administrative centre of the local government area of the City of Bankstown.

During this period an RAAF unit known as No. 1 Fighter Sector RAAF took control of the Capital Hall in Bankstown. This unit was formed in Bankstown, on the 25th of February 1942. Their living quarters were located next door and down the road from the hall & the staff were housed in galvanised iron barracks. Operations were handed over to the United States Army Air Corps on 10 April 1942 before they were transferred to a disused railway tunnel at St James railway station in Sydney. The unit was renamed, Air Defence Headquarters Sydney (ADHQ) on 21 January 1945 and moved into a three storey semi-underground purpose built operations and plotting facility at Bankstown, known as the Bankstown Bunker.
The area around Chapel Road Bankstown, were Paul Keating Park and the council chambers are now located, was the living quarters for the various military personnel who worked in Bankstown as well as training facilities for the various plotting rooms around Sydney. The site of today’s court house was used to house British servicemen, whilst hundreds of army huts were constructed on the site of today’s Bankstown Civic Centre.
World War II began Bankstowns industrial revolution. Few factories or industry of any consequence were located in Bankstown prior to 1945, this was changed dramatically between 1942 and 1954, especially when the Department of Aircraft Production gave approval for aircraft manufacturer Hawker De Havilland, to operate a factory at the airport for the production and manufacture of de Havilland Mosquito bombers. There are now over seven-thousand businesses operating within the Bankstown district. Bankstown’s population increased dramatically after World War II by people relocating from the inner-city areas and incoming migrants, mainly from Europe and towards the end of the 20th century from Asia and the rest of the world.

Suburbs in the City of Canterbury are: