Direct to home services are becoming popular by the day for television users. While most of users are aware of the advantages of HD Digital Antennas, there is one particular point that serves as a disadvantage. The setting up of the receiving TV antenna needs to be done with absolute precision and requires skill and experiences. Even a slight tilt in the angle of the antenna could lead to distorted signals & a poor picture quality.

The antenna installation process is a complex one to perform. Various issues need to be taken care of before working on the actual TV antenna installation. Signal levels differ from one place to another. Certain antennas don’t work if the signal strength lies beyond its reception level. therefore it’s best to leave this job to the professionals who has much higher sill and experiences for this task.

Skilled technicians from Accent Antennas Sydney first test the signal strength at your residential or industrial premises. Highly skilled antenna installers then choose to install the antenna at an appropriate place based on the altitude and the available signal strength. Thereafter, the coaxial cable is connected from the dish to the receiver. For better antenna design, it is good to use the zip ties and screw clips for attaching the cable to the mast. After a successful installation, the quality of reception needs be tested thoroughly 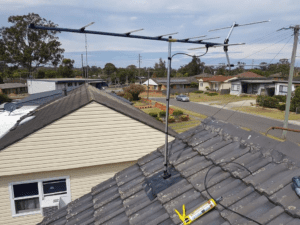 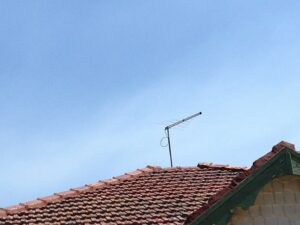 If you are experiencing problems with your existing antennas, professional technical help is needed to resolve these issues. These technicians will diagnose the problem thoroughly and suggest custom solutions to resolve the issue.Hiring skilled technicians is highly recommended for all your TV antenna installation needs. Before choosing a professional company, people need to confirm their quality of service through the testimonials left behind by the existing customer base.

The best antenna installation companies also offer a warranty for 3 to 5 years and strong customer support for their services. Most antenna specialists also offer additional services such as installation of data points and telephones, TVs and home theatres, setting up of internet access, repairing or installing data cable network and setting up or troubleshooting the home network

The Hills District (alternatively, the Hills Shire, the Hills, or Sydney Hills) is a general term for the north-western suburbs of Sydney, in the state of New South Wales, Australia. Its constituent suburbs are generally located within the local government area of The Hills Shire; some parts of the Hornsby Shire are also included in the area that is given the title the Hills District.

The region is so called for its characteristically comparatively hilly topography, and the fact that several of its suburbs have the word ‘Hills’ in their names, such as Baulkham Hills, Beaumont Hills, Castle Hill, Pennant Hills, Rouse Hill, West Pennant Hills, and Winston Hills.