The battle to save Australia’s dying koalas amid coronavirus

The battle to save Australia’s dying koalas amid coronavirus

As attention is diverted from bushfire recovery to managing the coronavirus crisis, the plight of Australia’s dwindling koala population has moved out of the national spotlight.

But environment campaigners are desperate for government reviews to be completed to determine how many koalas were lost in the fires and for the much loved marsupial to be listed as endangered. 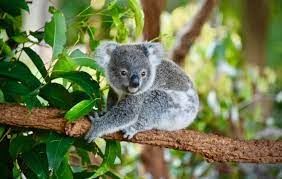 During our summer of bushfires, horrifying images spread around the world showing dead and dying koalas.

With measures to prevent the coronavirus now occupying governments, the koala death toll remains unknown, for instance on the NSW Mid North Coast, death toll estimates range from 33 to 61 per cent.

Despite millions of dollars in private donations and government funding to help koala hospitals and koala habitat recovery, concern remains.

As development and logging continue to threaten koala habitat, a growing list of environmental groups has called on authorities to list the marsupial listed as endangered.

Earlier this month, Greenpeace accused the government of walking away from its commitment to koalas after signing a bilateral agreement with NSW to streamline assessments of habitat for major projects including mining.

Greenpeace campaigner Jonathan Moylan said in light of the agreement, threatened species like the koala could face extinction.

“The very fact that this agreement has been announced on a Saturday afternoon in the middle of a public health crisis shows that all parties involved know this is a contentious move that won’t sit well with Australians.”

The fate of many other Australian species including the Kangaroo Island dunnart and Kangaroo Island glossy black cockatoo which lost much of their habitat in the fires is unknown.

Amid the ongoing string of disasters facing Australia, the federal government is set to work through legislation that works to preserve some of Australia’s most vulnerable wildlife.

Despite a previous extension for submissions, there are growing calls from environment groups and the Greens to extend the deadline beyond Friday. The government has indicated it is unlikely to do so.

He argues that since the laws came into place 20 years ago, an area of threatened species habitat larger in size than Tasmania has been lost.

“Unfortunately Australia’s environment law is not protecting our native species and critical ecosystems as it was supposed to,” he said.

“ACF will be watching like a hawk during this time to expose and oppose any moves to further weaken protection of Australia’s unique places and wildlife.

“With so many of Australia’s forests, rivers, wildlife and communities devastated by last summer’s bushfires, we should strengthen our environment laws, not weaken them.”

About the Author: Denis Bowman